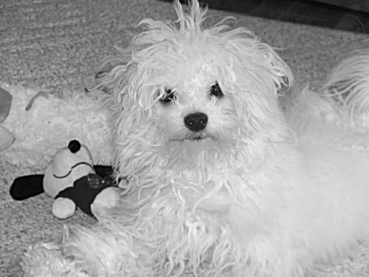 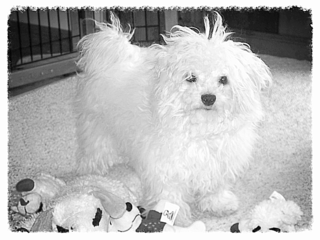 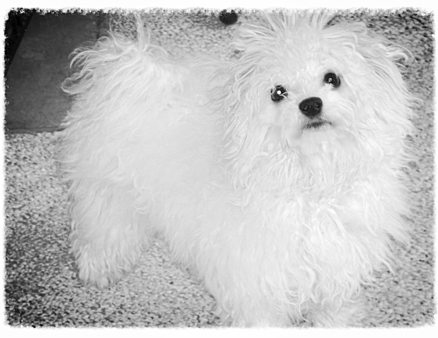 The Bolognese are named after Bologna, an ancient city in northern Itay, that was thought to be the place of their conception.  The existence of the Bolognese has been recorded since the year 1200.

Bolognese can be seen in tapestry work produced by craftsmen dating as far back as the 17th century.  The Venetian painter, Titian,  painted the Duke Frederico Gonzaga with his Bolognese.  The breed is also seen in paintings by Goya, Gosse and Watteau.

The Bolognese is an ancient breed of noble origins.  It has its roots with Italian Aristocracy.   They were considered very valuable and were known to be the Pampered Pet of Royalty

and Aristocracy. They were the coveted companions of European Nobility. ​This Famed Breed continued to be sought after well into the 19th century.

At one time the Bolognese was almost extinct.  There are currently less than 1,000 Bolognese in the United States today. Dorothy Goodale was the first Bolognese dog breeder to import the Bolognese to America in 1986. This small white dog is quickly growing in popularity today and is considered to be a RARE COMMODITY.  Research indicates that Marilyn Monroe owned one of these Darling Dogs.